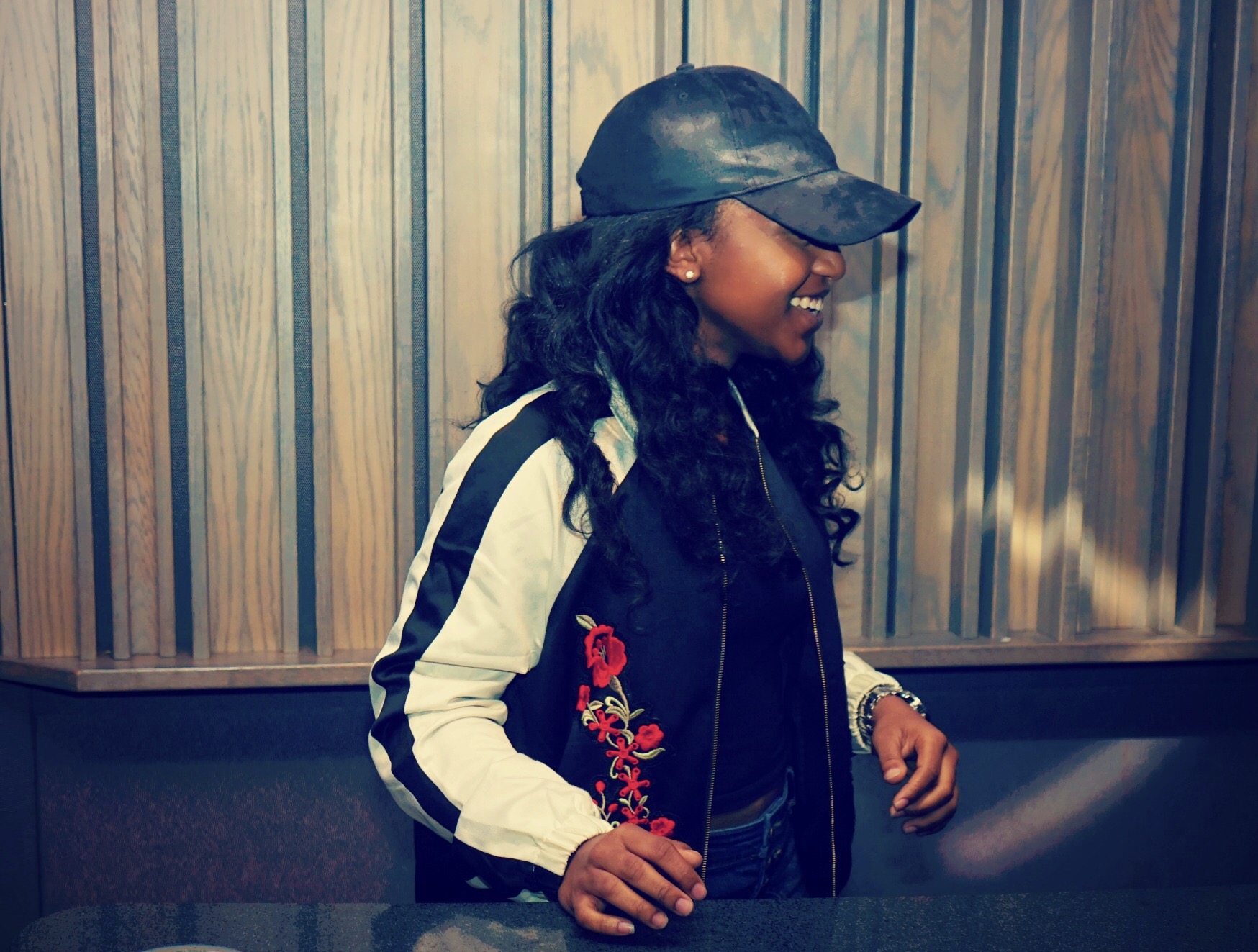 How did you get started? Tell us your story!

My name is A’maya Solomon (@artbycachet). I began exploring the visual arts during the latter years of elementary school. Whether it was panning cameras or controlling transitions, I would often find myself trying to help out with media at my church. Eventually, this curiosity spawned into me creating video edits of my favorite musical artists and other random subjects. At the time, I only had free editing apps and an iPhone camera, but I made it work with what I had. By the time I reached high school, I signed up for an elective that I thought would be interesting: Audio, Video, Technology, and Film or AVTF. During year one of AVTF, I learned the basics of dealing with film equipment, shot types, interviews, and film roles. It was during this year that I also started taking pictures using the composition rules that I learned in class. During year two of AVTF, we were finally allowed to shoot our content with the school’s DSLRs. This gave me exposure to capturing videos and photos on an actual camera. During year three of AVTF, I joined my school’s photography club and purchased my own DSLR to create better content outside of class. I also began color grading videos and editing photos during this time.

When I first arrived at college (Fall 2018), I found myself not creating for the first few months due to my busy workload. One day, I realized that it had been months since I touched my camera equipment, and I could definitely feel a sense of dissatisfaction. That same day I picked up my camera and shot whatever I found outside of my dorm. It felt amazing to create visual content again. Eventually, I decided to make an Instagram page, @artbycachet.

Initially, I told no one about the page. It was simply for me to view my work altogether without feeling conscious about anything. This only lasted a few months, as I began to miss the sharing aspect of videography and photography. With this Instagram account, I’ve fortunately been able to see others enjoying my work, and I’ve had the opportunity to develop connections within the Atlanta art scene. I’m eager to see what else God has in store for me on this journey. What is your experience in the music industry? Do you have any formal training or schooling? If not, are you self-taught and how did you learn your craft? What is your learning style? What are your favorite educational resources (ex. college, Youtube, etc.)?

Throughout my time in AVTF and my high school’s photography club, I was able to develop a firm foundation of everything I know about pre-production, shot composition, lighting, and editing. In addition to discovering my passion for the visual arts, this foundation gave me the confidence to create great content without having to be a film major. Since I am no longer in any film courses, I almost always find new facets to place into my art from Youtube.

While in AVTF, I received a NOCTI certificate for training in TV and Film production. This training allowed me to gain experience with writing scripts, directing short films, producing, acting, and handling audio production.

What are some of the biggest obstacles you’ve encountered or faced in this industry?

My main struggle with my videography and photography journey has been my tendency to be a perfectionist with everything I do. In the past, I’ve often struggled with discarding or not posting content that I deemed “not good enough." I have also struggled with spending unnecessary time on edits by returning to it after completing it the first time. Being a creative and a perfectionist is extremely difficult to manage and it has the potential to stunt one’s growth as an artist. With that said, I have been attempting to correct this mindset by posting content that I deem to be imperfect. This does not mean that I am no longer trying to give my best effort. Instead, it means that I’m accepting the fact that everything I create will not be perfect in my eyes. For the most part, there will always be something that I think I could have been done better. The battle with my perfectionism is far from over, but it is definitely becoming better each day.

What are some of your goals this year?

Once this pandemic is over, I really just want to continue on with where I was headed before it started. As for now, my main goal is to find my niche as a visual artist. Another huge goal that I’ve been dying to accomplish is directing, shooting, and editing a music video entirely by myself. Who are the top 3 artists, producers, engineers, videographers, or others you would want to work with that you haven’t worked with yet?

As for shooting music videos for artists, I would love to work with NoBigDyl, SZA, and Bryson Tiller.

Who are your favorite directors? Who do you want to do a music video with?

My favorite directors are YCImaging, Cole Bennett, and Wes Anderson (film). I would love to collaborate on a music video with YCImaging or Cole Bennett.

What kind of equipment do you have and why?

I currently have the Canon M50. It’s a compact mirrorless camera which makes it super easy to travel and shoot with. I really enjoy Canon equipment. It’s what I started out on, and the color science and the quality of their lenses are hard to beat.

It depends on the task so I will use shooting a concert and editing a recap as an example. Before I arrive to the venue, I prefer knowing what the space will look like during the concert. Being aware of the venue space, the lighting, and where you’ll be allowed to shoot allows for a much smoother production. I also always arrive a tad early to start thinking about how I can create interesting shots for post-production. Once in post-production, I find a song that fits the feel of the concert and I edit my footage to reflect the tone and mood of the music. Additionally, I love to challenge myself in post-production. It doesn’t feel right to me if I edit an entire video and didn’t learn anything new.

This is a hilarious question and my favorite go-to order is definitely from Cookout. The cajun grilled chicken sandwich plate is delicious and it’s very affordable. 10/10 recommendation.